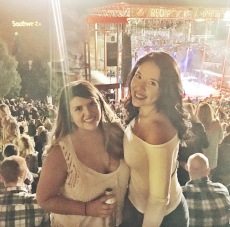 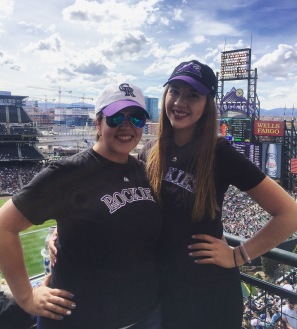 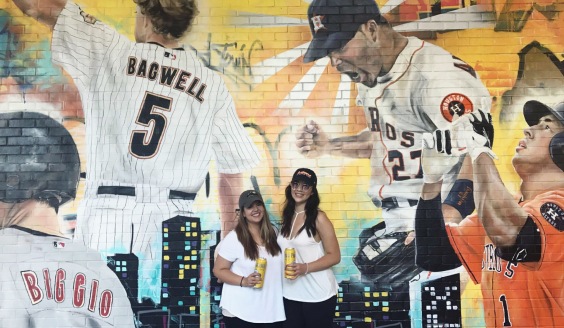 We both grew up in small towns in New Mexico, where the closest major sports teams are states away. We went to the same high school, “played” the same sport together then ended up living in the same city as young adults. You can find us at 20th and Blake in Downtown Denver most nights, or at a local sports bar, and maybe even in a brand new city checking off a stadium on our list. We like beer, arguing with men about our knowledge, and talking sports with anyone who would listen.

I’m 25, live in Denver and have a Journalism and Mass Communications degree from New Mexico State University. While there, I was a sports reporter and anchor for KRWG News22.

I have a deep passion for football. It started at a young age where I was raised by a hardcore Bronco fan and spent my Sunday’s glued to the TV watching a bunch of guys try to score touchdowns. Throughout the years I have developed a love and passion for baseball as well. More specifically, the Colorado Rockies.

What I love more than watching sports is talking about it. I’ve been intimidating boys of every age since I could talk. I got my degree in journalism in hopes of joining the big boys in discussing everything having to do with the sports world.

Hey there, I’m Kira. I enjoy live tweeting fans that sit behind me at sporting events and eating my way through what any and every ballpark has to offer. I just turned 25, so you can say I’m seasoned. Two years ago I landed a great gig with Southwest Airlines. Thanks to my incredible company I am able to travel to over 101 destinations, and counting, for free as long as there’s space on the plane.

Let’s rewind and start from the beginning. My dad has coached basketball for 23+ years and my Mom is a football Goddess so naturally I have played sports since I could walk. My family lived in a gym and I loved every second of it. It wasn’t weird to me that we spent our summers driving around New Mexico visiting every high school gymnasium north of El Paso and south of Alamosa. I never lived to be the basketball prodigy we all hoped and dreamed but in an interesting turn of events I ended up being pretty alright at volleyball, and was fortunate to spend many years playing it and a few years coaching. I’ve never known life without sports and I never want to, which brings us to present day.

The dream was to go to law school, focus on contractual law and work for a sports organization in their legal department but life happened. Even though I’m not where I thought I’d be I’m definitely where I want to be. On my days off I fly to different cities to watch sports, nothing beats that. Catch me at your local NHL, NBA, NFL or MLB game I’ll be the girl eating, tweeting and drinking a Coors.